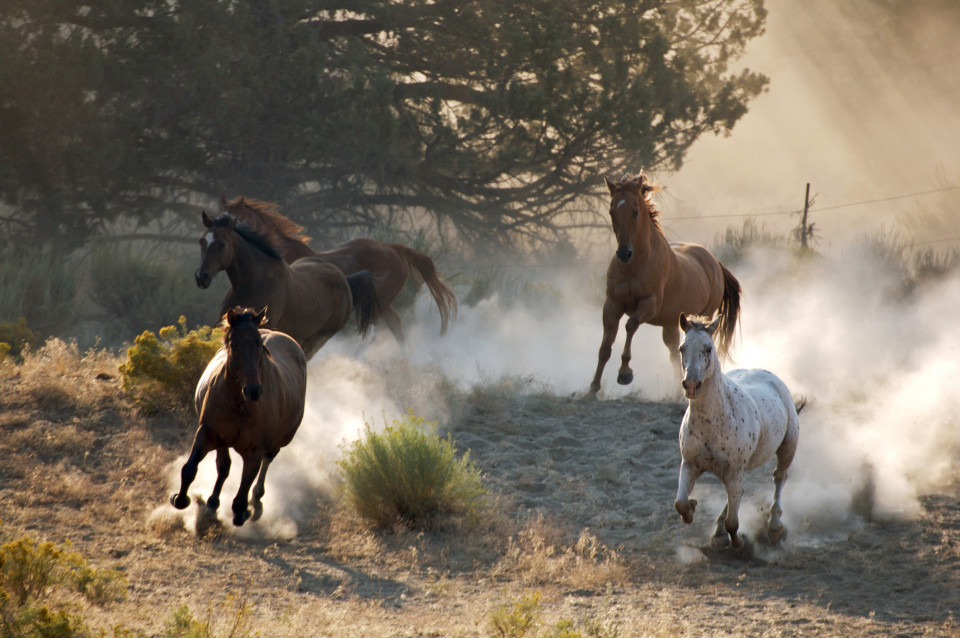 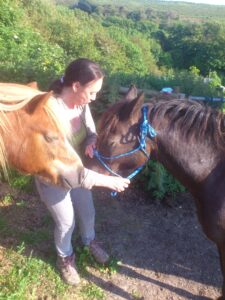 ” Recently my New Forest Pony developed symptoms similar to Laminitis. My farrier was concerned it could be the early stages, despite Ollie not being overweight. Karen scanned him and found the stiffness in his legs was due to a urine infection. Healing for one week was given, and Ollie soon recovered and is once again racing around the field with his pal Reggie. ” Dorset 2019

“My wrist was  broken in 3 places from a cycling accident, and after keyhole surgery, the surgeon advised that my wrist would not regain any level of mobility due to severe damage to the tendons (one had been completely severed and another was hanging by a thread). I decided to investigate alternative therapies and chose healing as it is a gentle, non-evasive therapy. After four healing sessions, I now have full mobility in bending my hand forwards and some flexibility in moving the hand backwards. The pain and tingling in the hand and wrist, which I had experienced since the accident, has almost disappeared, with just the ocassional twinge here and there.  I am delighted with the improvement and intend to continue with the healing sessions to hopefully regain full flexibility”. An update: With regular healing since the surgery, I have been able to continue to use my hand as normal; no-one is aware that I was told by the surgeon that I would at some stage have serious problems with the wrist/hand, which thankfully, have not developed.

When my gorgeous St Bernard, Tony, was off-colour, I immediately contacted Karen to scan him. She stated that he had a twisted back and a bad infection – Distemper. At the time I was convinced he wasn’t going to make it as he was not able to walk because of his back legs. Karen gave him some emergency healing and suggested I contact my local vet. After their home visit – I couldn’t get him in the car due to his back legs – he was prescribed metacam but no conclusion was reached. So Karen began giving regular healing, starting out daily and then slowly reducing, over the next 4 weeks. She also reassured me that it wasn’t his time to go, and this proved to be true as he steadily improved. When I struggled to see him so uncomfortable, she was always there with support and encouragement. Now Tony is fully fit and back to playing with his little sister Darcy. He still needs a monthly ‘top up’ as Darcy can be a little too enthusiastic when playing. He has also started chasing the cats, so I asked Karen if she would have a word with him as he had never done so before. His response was an indignant ‘well I don’t catch them’! July 2019

Dougal and Tess
“Our lovely dog Dougal had been with us for over 10 years. He fell ill suddenly, just before New Year 2012. He spent time at the vets being treated and the prognosis was anything from a few months to a few weeks. At first Dougal responded well to treatment, but when we brought him home from the vets a second time, he did not want to eat or take his tablets. Returning home one evening, I realised his time with us was nearly up.

Luckily for us, Karen, a neighbour and good friend had been supporting us during this time. She came around straightaway to communicate with Dougal to find out what he wanted. Did he want us to continue trying the medication? Did he want help in passing over or did he just want to stay with us at home? Karen told us he wanted help and was ready to go the following day. She stayed to look after Tess our other dog, who knew something was wrong, while we went to the Emergency vet to find out whether Dougal’s condition had indeed deteriorated as we thought. He confirmed the worst. We knew that although it would be difficult to let Dougal go, it was the right time for him, and indeed, it was just past midnight when we said our last goodbyes. We were comforted that we had done our best for him, and that he had come home for his final days. Having Karen communicate with Dougal also gave us reassurance that we had done the right thing.

This time it was one of our younger setters who had inexplicably stared to urinate indoors and would not go out into the back garden. It became obvious that something had seriously frightened him out there. I thought of Karen and she spoke to George, who is 2 years old, asking him the questions I had given her.

The answers were very helpful and gave us a true insight into what was bothering him. There were several issues,not just his reluctance to go into the back garden! What amazed me was that from the moment Karen spoke to him, his whole demeanor changed. All his tension was gone. And from being a very sad boy he started to play again and gradually over the course of a few days he started to go out into the back garden once more. He still won’t go out there at night, so it is a work in progress; but Karen was so helpful and continued to reassure him and relay his worries to us and I would not hesitate to recommend her work to anyone.” CP December 2014

Rolo- A dog with arthritis
“My dog Rolo, had suffered from severe arthritis in his left elbow for many years,which he was born with, which meant that as he grew older it became more painful and difficult for him to exercise. I decided to contact Karen, as I myself had benefited from healing in the past for I also suffer from arthritis, and healing had given me a sense of relaxation and well-being afterwards as well as reducing the pain and inflamation. Rolo greeted Karen when she arrived and seemed to soak up the healing and enjoy the experience. After the healing he went to sleep for a while and when I took him for a walk, he appeared happier and walked with more confidence.
After several sessions, Rolo was able to walk and even run more easily. He appeared to be in less pain and had more energy than he had shown for some considerable time”.
SL, Newdigate, Surrey 2011

“One of my cats developed a lump on her tummy. She is quite anxious and taking her to the vets is stressful for us both. So I asked Karen to scan Bella and she found a cyst the size of a walnut. She drained this energetically and within 24 hours the liquid was released. After a few more healing sessions to keep it clean and with me bathing it with salt water as suggested by Karen, Bella was well on the way to recovery within the week, without the need for surgery. ” July 2019

Moving House
” I cannot praise Karen highly enough for her help with my tomcat. We had to take him on a 6 hour drive moving house and were worried how he would be, so asked Karen to come and meet him. It was fascinating to see him with her. He stood and stared at her for at least 30 seconds as if he was listening intently to what she was saying. She gave us advice about talking to him and constantly reassuring him, even after the move. I’m thrilled to say the drive was incident free. He was so relaxed. Also, he adapted extremely quickly to his new surroundings and is as happy as we are. Thank you Karen so much for making what could have been a very stressful situation a very easy transition for all of us.” LC August 2016